Answer: - Like, to become an engineer or a doctor, education is required. First of all, class one has to be studied, then gradually Fifth, eighth, and in this way, tenth class has to be passed. After that one has to study further. Then after doing training, one becomes an engineer or a doctor. Similarly, one has to do sadhna (religious practice) of Shri Brahma, Vishnu, Shiv, Ganesh and Goddess. I myself do it and make my disciples do it. Consider this to be the education, that is, sadhna (religious practice) up to the fifth class. In other words, it is the (sadhna) religious practice to open the five (kamals / chakras) lotuses. Consider the worship of Brahm to be the education up to tenth class, that is, it is the worship up to Brahmlok, which is the recitation of “Om” mantra. Consider the worship of Akshar Purush to be the education, that is, the worship up to 14th class, which is recitation of “Tat” mantra. “Tat” mantra is coded. The actual mantra is different from this which is only told to a disiciple.

Consider the worship of Param Akshar Purush to be the worship, that is, education for becoming an engineer or a doctor that has to be done with “Sat” shabad. This “Sat” mantra is also coded. The actual mantra is different which is told to a disciple. It is also called Saarnaam.

Therefore, only by the mantra “Om” of “Brahm”, complete salvation cannot be attained. The (jaap) recitation of “Om” mantra is of Brahm. By its worship, one goes to Brahm Lok about which it is mentioned in Gita Chapter 8 Verse 16 that the worshippers who go to Brahm Lok also have rebirth. If there is rebirth, then complete salvation has not been attained which has been mentioned in Gita Chapter 15 Verse 4 that one should search for that supreme state of God having gone where, a worshipper never returns in rebirth. That complete salvation is only possible after obtaining scripture-based way of worship from a complete Guru. At present, it is not available with anyone except me (Sant Rampal Das) in the whole world. 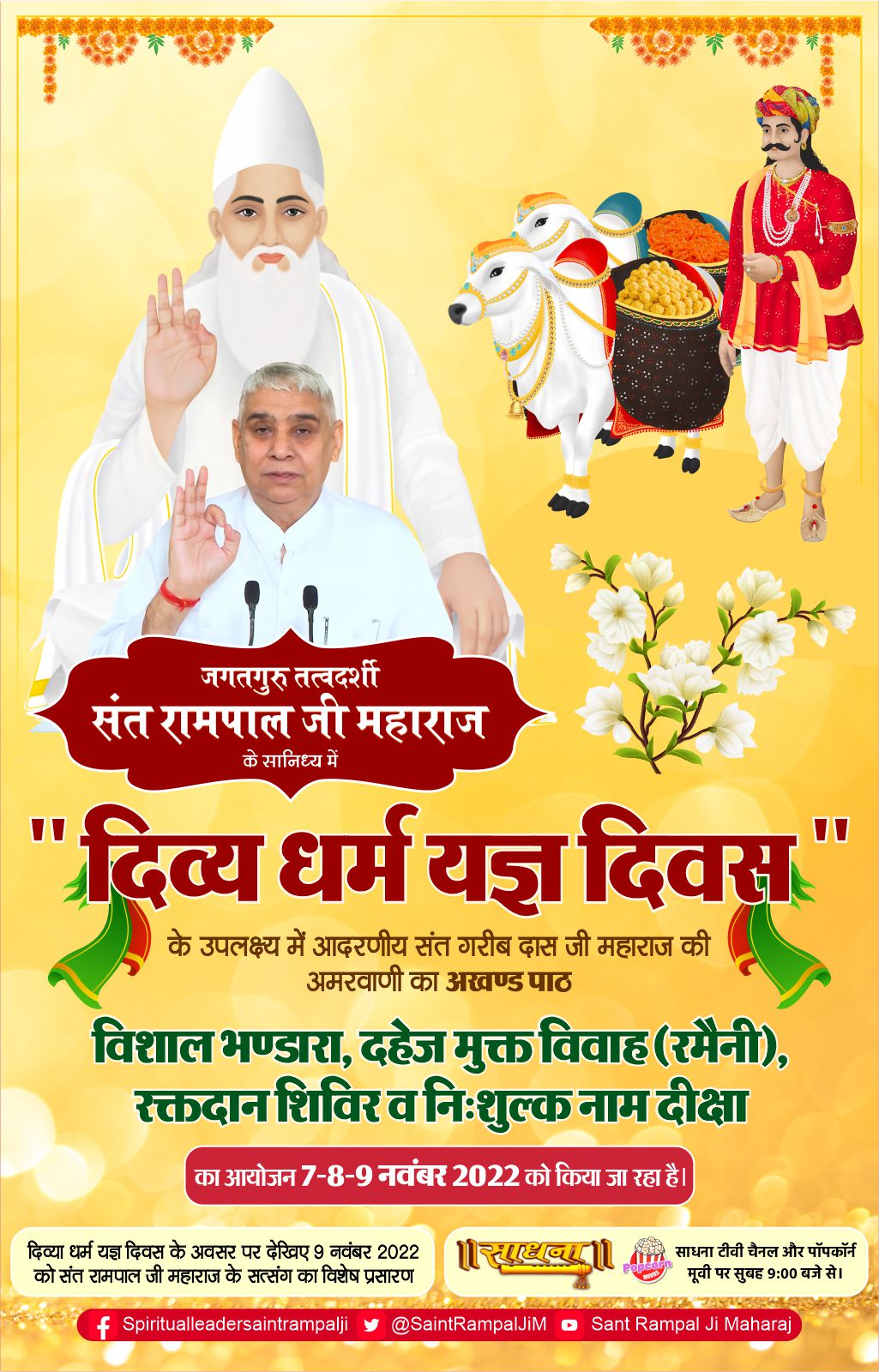